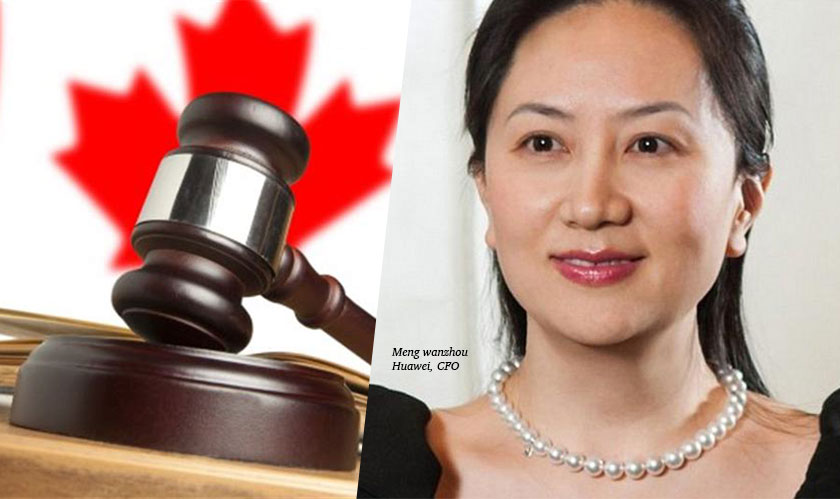 The Huawei CFO gets a bail 10 days after her arrest in Vancouver, Canada. The Canadian government’s decision to free Meng Wanzhou comes after a three-day court hearing while setting her up for a lengthy legal fight over extradition to the United States. The United States and China have been trying to negotiate an end to their bruising trade war and Meng’s arrest on December 1st only increased tensions on both the sides.

Meng was released from custody on $7.5million-bail on certain conditions that she already agreed to adhere to. As part of the deal, Meng will surrender her passports and remunerate a personal security guard at her home in Vancouver. She has also agreed to wear a GPS tracking-enabled ankle bracelet that will be monitored by a security company.

While Meng awaits U.S. extradition, she will live at a $5.6 million home in British Columbia (a Canadian Province) where she will stay indoors from 11 PM to 6 AM every day. The U.S., on the other side, will have 60 days from the time of Meng’s arrest to provide the Canadian courts with evidence and intent, including the decision to make a formal extradition. If this doesn’t happen, then Meng will be let go. The Huawei CFO’s detainment has sparked outrage, especially in China, in the form of forceful opinion pieces in state-run media.