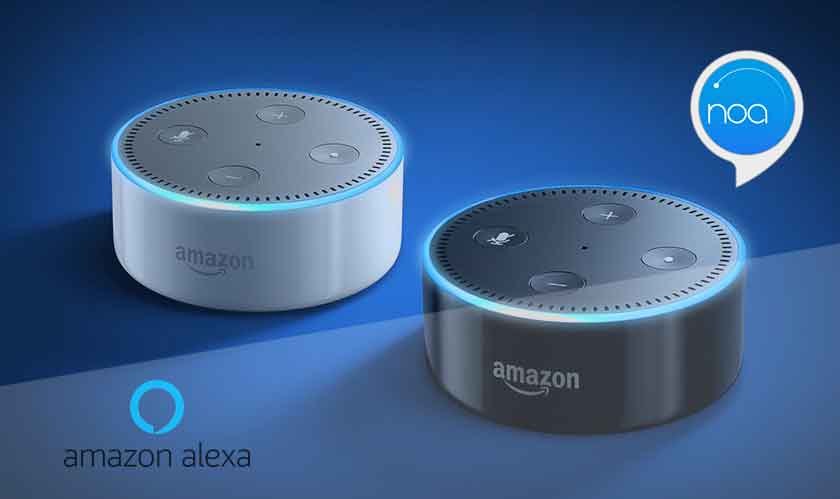 Noa’s new Alexa skill is something more in-depth than the usual Flash Briefing. The new skill, launched by the Dublin-based startup, uses human narrators to read you the news from top publishers like The New York Times, Financial Times, The Economist and others.

Aimed at listeners who already enjoy listening to longer-form audio, like podcasts or talk radio, the new skill will let users catch up on stories they might miss when using Flash Briefing feature. Unlike Pocket or Instapaper apps which rely on text-to-speech functionality to read saved articles, the new software feature uses human narration. For this, the company employs a team of half a dozen narrators across the U.S., U.K., and Ireland to read stories published by the company’s current partners including The Independent, Bloomberg, The Irish Times, The Evening Standard and the aforementioned publications.

You can start using the feature on your Alexa device by saying “Alexa, enable Noa” and ask Noa to read the news by a publisher, journalist or category. For example, you can say “Alexa, open Noa and play The New York Times;” or “Alexa, open Noa and play Technology.” However, not all articles from the publisher partners are available. “Only a limited subset of articles lends themselves well to audio — namely, the opinion and feature-style stories. Essentially longer-form journalism,” explains Noa CEO Gareth Hickey.

Noa’s Alexa skill, called “Noa – Journalism narrated” is free to install and allows you to stream up to 10 articles per week. But, you may have to subscribe at $7.99 per month for unlimited access.