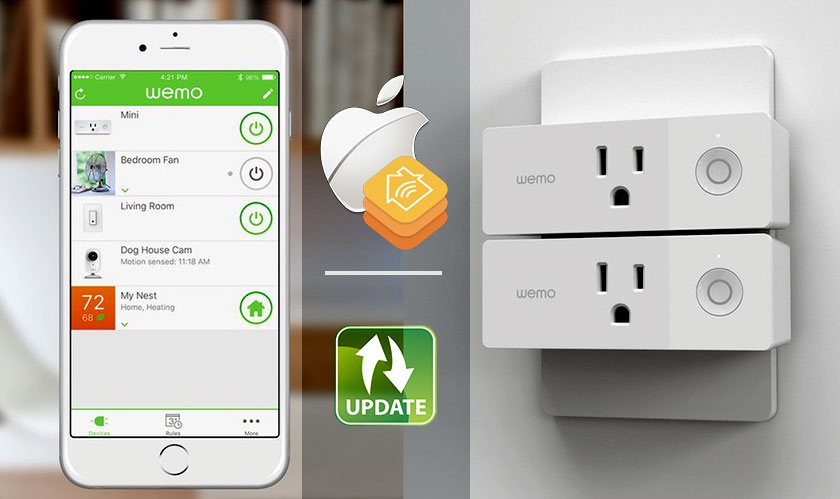 Nearly a year ago, Apple had promised device developers and manufacturers that it would allow them to add support for its HomeKit smart home. Apple had said that developers could update with just the software authentication, rather than having an Apple-approved physical chip. Now, the first ever software update is coming from Wemo Mini smart plug for the HomeKit. This makes Wemo Mini the first ever to implement Apple’s standard with a firmware update.

The update is going to ease many HomeKit owners. The Wemo Mini owners can now use the smart outlets directly with the HomeKit. This eliminates the extra amount of $40 for the Wemo Bridge hub that was previously required while using the devices with Apple’s smart home standard. Nevertheless, users will still require the Wemo Bridge Hub if they have other Wemo devices they’d like to use.

The newly updated smart plugs are already out for sale. And Wemo has even promised that it will add HomeKit support to other Wemo products later this year. With Wemo taking the first step, one can hope that other manufacturers too will start rolling out HomeKit software updates to their devices.