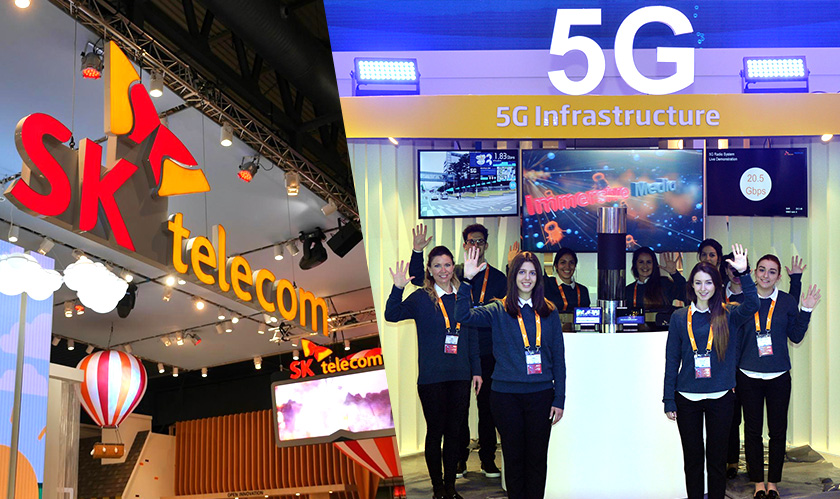 5G is the next big thing in the telecom sector and South Korea’s largest mobile carrier has said that it has succeeded in making its first 5G call. The Korean telecom giant held its trial at its test facility in Bundag-gu, Gyeonggi Province. This will give the company an edge in introducing the super-fast mobile network service before anyone else.

The test call was made in the 3.5 GHz band with a 100MHz bandwidth. The technologies in use for these were in compliance with 3GPP. Samsung was the main equipment provider for this test call. Now, the telecom giant will aim to commercialize the technology by the end of the year.

But before making the service commercial it will first work on improving the existing service quality. Working in collaboration with Samsung, the company made its first 5G call using the 5G non-standalone new radio (NR) standard and commercial 5G equipment. This test call stands tall amongst claims from other companies as SK Telecom has succeeded in doing so using commercial equipment that is very similar to the real environment.

The company’s CTO Jin-Hyo said, “The Korean mobile carrier’s preparations for 5G commercialization are several months ahead of global competitors.” The first successful test call vindicates its position as the leader in the space for sure.