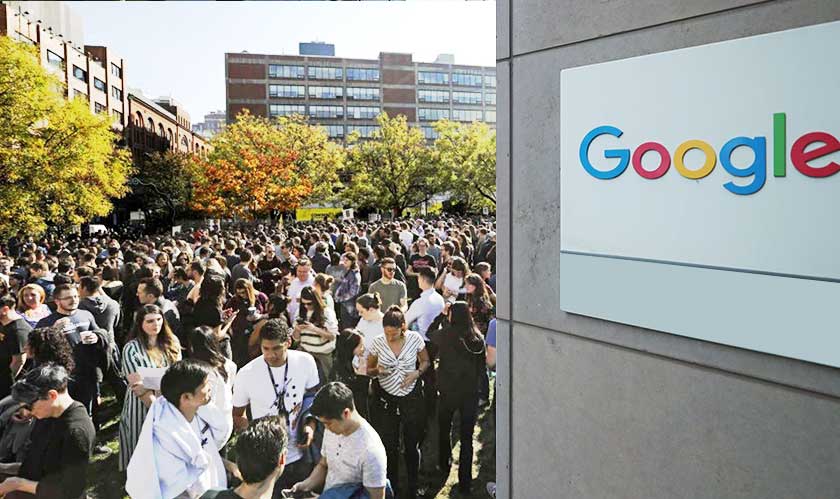 Google CEO Sundar Pichai responded to some of the demands put forth by the organizers of the massive Google walkout. Pichai emailed employees a plan to get rid of forced arbitration in cases involving sexual harassment or assault in the company – just like Uber and Microsoft.

In the memo, distributed to employees, Pichai vowed to “provide more transparency on how we handle concerns.” He also noted that Google “will give better support and care to the people who raise them. And we will double down on our commitment to be a representative, equitable, and respectful workplace.”

But, is that all? ‘Definitely No’; There is more work to be done, conveyed the employees in a Medium post they wrote in response to the CEO’s quick take on the concerns. The statement read -

“We commend this progress and the rapid action which brought it about… However, the response ignored several of the core demandsâ€Š—â€Šlike elevating the diversity officer and employee representation on the boardâ€Š—â€Šand troublingly erased those focused on racism, discrimination, and the structural inequity built into the modern day Jim Crow class system that separates ‘full time’ employees from contract workers. Contract workers make up more than half of Google’s workforce, and perform essential roles across the company, but receive few of the benefits associated with tech company employment.”

The walkout organizers say that Google did make some changes but it failed to address some crucial elements of their complaint – for example, widespread pay discrimination; the organizers’ request to add an employee representative to the board of directors, etc. Frustrated by Pichai’s failure to address some of their core demands, the unhappy organizers continued to say that the “company must address issues of systemic racism and discrimination, including pay equity and rates of promotion, and not just sexual harassment alone.”

The post largely voiced for contract workers, people of color, immigrants, and people from a working-class background. Organizer Stephanie Parker said of the response, “We demand a truly equitable culture … by… giving full rights and protections to contract workers, our most vulnerable workers, many of whom are Black and Brown women.”

Another organizer, and one of the nine who signed the response statement – Demma Rodriguez, puts it this way - “The process by which we build a truly equitable culture must center the voices of black women, immigrants, and people of colorâ€Š—â€Šthose who too often pay the most in the face of these intersecting problems. We are committed to making this happen because true equity depends on it.”

The team looks “forward to meeting with Google leadership” in working to meet all their demands, they concluded.