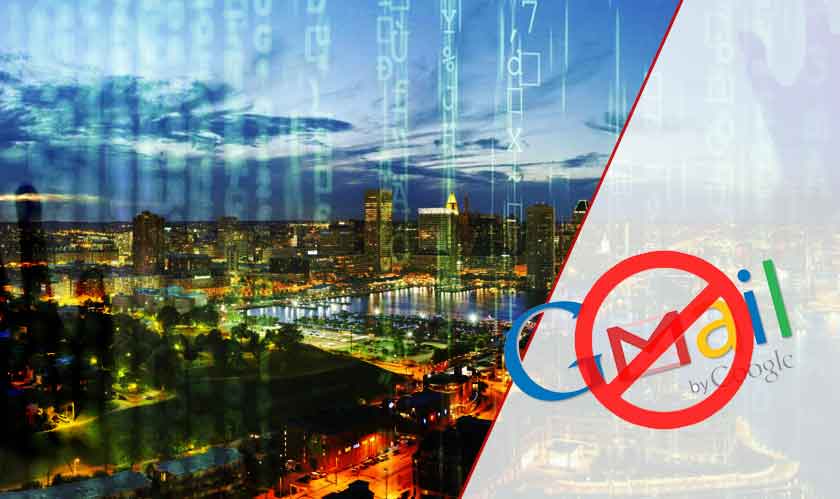 The main point here is that Google differentiates between users using Gmail for personal use and business use. For business enterprise usage, the user needs to pay. So, when the Baltimore city’s mayor office began using free Gmail, it automatically considered the mayor’s office as an organization. The result was the shutdown of these temporary accounts.

The shutdown affected city council aides, city health department, and the mayor’s office itself. While the entire government organization is working hard to recover the systems, it’s stuck up with another challenge. When the cybersecurity compromise occurred earlier, the hackers froze the government systems and demanded a handover in bitcoin to get their systems up and running again.

In response to the Gmail shutdown, a Google spokesperson said: “We have restored access to the Gmail accounts for the Baltimore city officials. Our automated security systems disabled the accounts due to the bulk creation of multiple consumer Gmail accounts from the same network.” The systems seem to be working now.