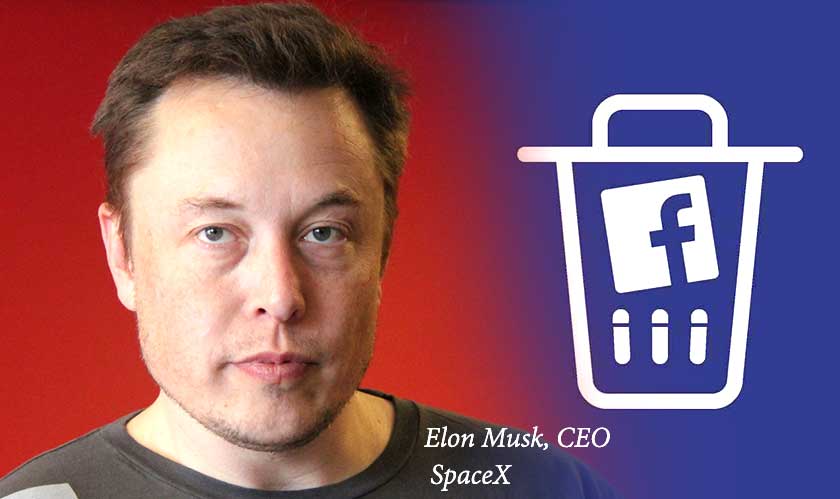 Elon Musk made his opinion clear after Facebook’s Cambridge Analytica scandal. He made his opinion clear in his move to hide the official Facebook accounts for Tesla and SpaceX. This also comes as a response to the ongoing tweet challenge #DeleteFacebook. However, Musk hasn’t deleted the Instagram accounts or hidden them. But he did mention that the Instagram accounts were on the borderline as Facebook’s influence was slowing creeping in.

Apparently, Elon Musk didn’t even know what Facebook was and that there was a Facebook page about Tesla and SpaceX. In a flurry of tweets, Musk responded to Signal’s Brian Acton, co-founder of the Facebook-owned WhatsApp, a tweet containing #DeleteFacebook. This was when Musk questioned, “What’s Facebook?”

Things went downhill from here. A follower of Musk asked him to delete the SpaceX’s Facebook Page. To this, Musk claimed that he didn’t even know that this page existed. The Tesla page too went away the same way. Musk responded to the Tesla Facebook page that it “looks lame anyway.”

Musk’s response comes at a particularly bad time for Facebook. However, one needs to realize that the Facebook pages haven’t been ‘deleted’ but are simply hidden. Moreover, the Instagram pages are quite alive.