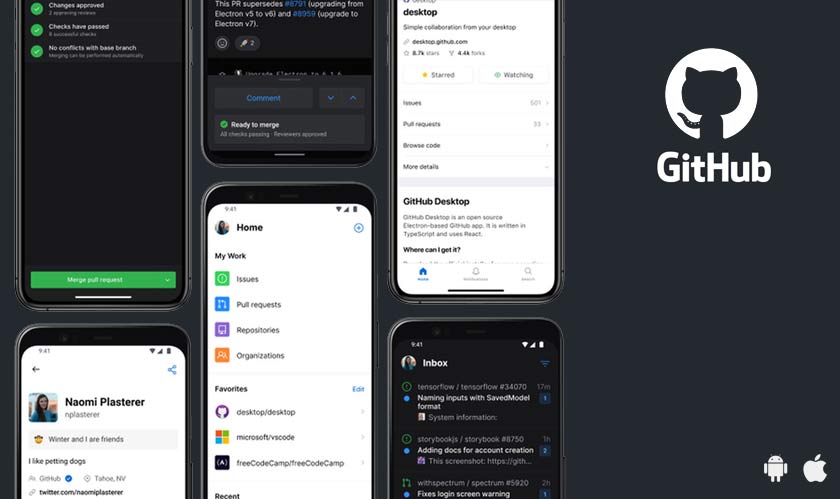 GitHub, a company that provides hosting for software development, had no mobile app of its own till date. This posed as a drawback when a developer has some feedback to offer on a project. But it won’t be a problem from now on as Microsoft-owned GitHub has finally released its official mobile app for iOS and Android.

The app enables developers to perform a variety of activities like managing projects while away from their PC, letting them organize tasks, giving feedback on issues, responding to comments, and reviewing and merging pull requests.

The app notifications appear in an inbox that looks more like an email inbox. The user can swipe tasks to either save or mark them as complete. Also, the app lets the user view code but doesn’t provide the right to edit any code within the app.

The app first launched in beta on iOS in November and on Android in January. Back in June 2018, Microsoft had announced that it would acquire GitHub for $7.5 billion and it completed the acquisition in October 2018.

However, the app being in a very basic form, GitHub promises that there is “a lot more to come” and that it will witness the addition of a lot more features over time.