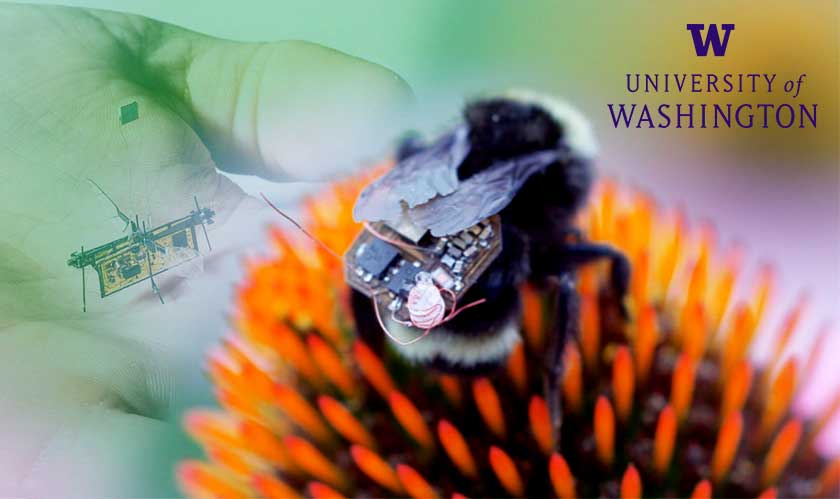 You know about mechanical drones, but have you ever thought of different drones? You might ask what different drones mean? The University of Washington has already created something different! Yes, they are making bees their tiny drones, a living IoT platform! Interesting, isn’t it?

The experiment is happening with three different species of bees which can carry 105 milligrams and the chip weighs just 102 milligrams. The researchers said that mechanical drones can only live up to 30 minutes per charge when used for collecting data, but these live drones can feed and recharge themselves.

The chip’s 70 milligram is for rechargeable lithium-ion battery which runs for seven hours. The rest of the weight is for the microcontroller, antenna, and sensors which analyze humidity, temperature, and light intensity once every four seconds.

The chip is designed with very little components to elevate the efficiency. How can the researchers gather data? This also has an answer…

The researchers can get data through radio signals in the chip which scatters off them. Data will be transmitted at the rate of approximately 1,000 bits per second. To detect the location, GPS component is essential but it can drain the batter very soon. So, researchers have used a novel solution where special radio transmitters placed around the flying area which serve as beacons and can track the bees as long as they’re within 80 meters.

To keep batteries alive, the drones will use wireless charging when it returns to the hive. Solar cell will be used as a replacement.